What Made the Mona Lisa So Famous?

When you walk into an old but recently restored home complete with French-style windows, a quaint porch, and rustic barnwood hardwood floors, you can’t help but wonder about its history. The same goes for iconic artwork—such as the Mona Lisa. Do you ever wonder what made this painting famous?

The Mona Lisa is an oil painting by the renowned Italian artist Leonardo da Vinci. It features a portrait of a woman sitting with her arms folded as she gazes at the viewer. She appears to have a soft smile—this ambiguous nature of smile makes the painting more enigmatic.

In 1804, Paris’ Louvre museum started housing the Mona Lisa, along with other paintings by Leonardo da Vinci, Raphael, and many more. At that time, the Mona Lisa wasn’t the most prominent masterpiece at the Louvre. It only began to create a significant impression in the art scene when Walter Pater included it in his book, The Renaissance.

Known for his prose, Pater described the Mona Lisa by writing: “She is older than the rocks among which she sits; like the vampire, she has been dead many times, and learned the secrets of the grave.”

With that description, more and more people got curious about the Mona Lisa. But Pater’s prose wasn’t enough to make the painting world-famous. It was a heist that made it happen.

The disappearance of the Mona Lisa 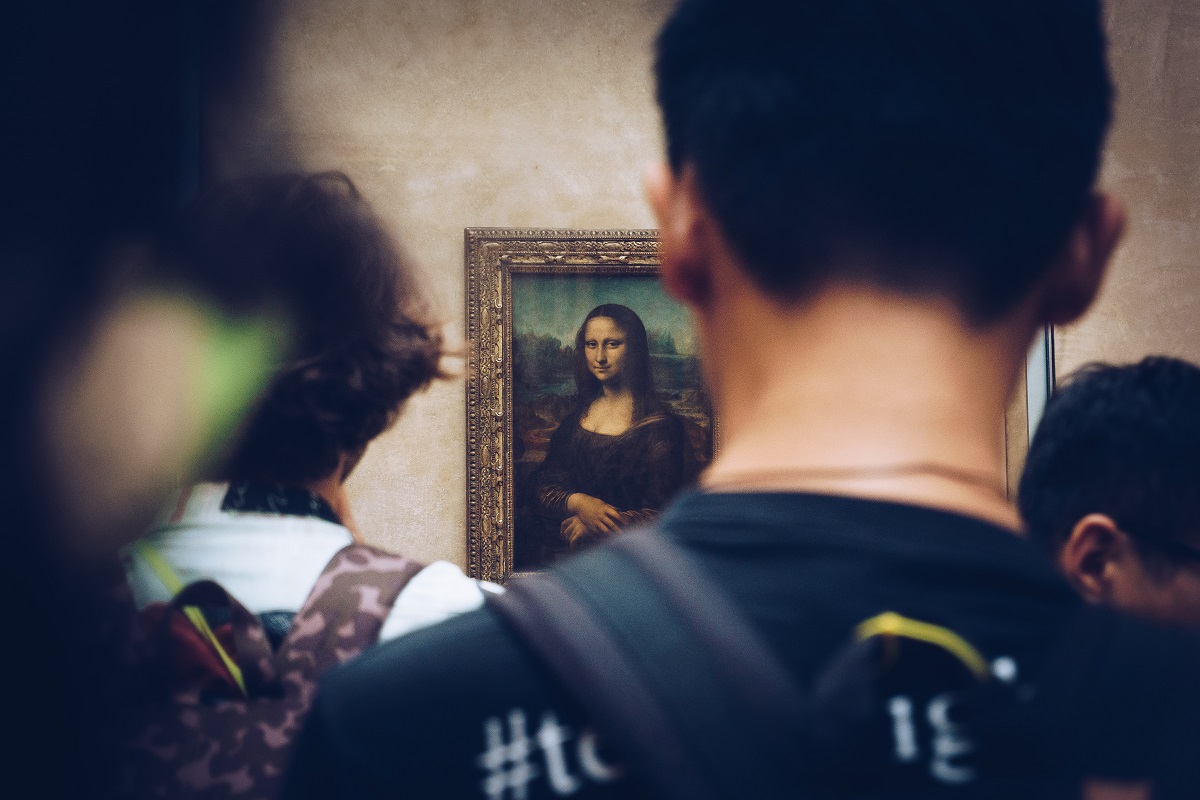 For centuries, the Mona Lisa attracted only a few art enthusiasts and other visitors. But on August 21, 1911, someone took great notice of the painting and stole it right off the museum’s wall. A day passed before the museum realized that the Mona Lisa was gone.

The Louvre closed for a week to investigate the heist. The media covered the investigation, including the several conspiracy theories about what happened: the heist was nothing but a publicity stunt by the Louvre, the French poet Guillaume Apollinaire was the thief, or the great Spanish artist Pablo Picasso was behind it.

A week later, the Louvre reopened, and thousands of people came to see the empty wall where the Mona Lisa had hung. And as days turned into months, more speculations on the painting’s whereabouts were published. The articles further sensationalized the heist by quoting Walter Pater’s description of the Mona Lisa. Soon, the news of the disappearance reached New York, Brazil, Japan, and the rest of the world.

In 1913, Alfredo Geri, an art dealer from Florence, Italy, received a letter from Vincenzo Peruggia, who claimed to have the Mona Lisa. The police arrested Peruggia and found the Mona Lisa in his apartment, just a few blocks from the museum. Peruggia confessed he lifted the masterpiece from the wall, put it under his tunic, and quietly walked out of the Louvre. His motivation? He firmly believed that the Mona Lisa belonged to an Italian museum, not in a French one like the Louvre.

Once the painting was back to the Louvre, thousands of people from all over the world came to see it. The portrait of a woman with a captivating gaze and a mysterious half-smile became an overnight sensation. But it has sustained its fame, making it today’s most famous artwork in the world.

Beyond the Mona Lisa’s captivating gaze and enigmatic smile, a daring heist made it more famous and mysterious. Pater may be right; with its disappearance, the Mona Lisa might have learned the secrets of the grave and beyond.